the history of burke mountain

The earliest residents of the Coquitlam area were the Coast Salish people including the Kwikwetlem First Nation. Prior to the region’s European settlement, the area’s rich forests produced towering trees—some more than 1,000-years-old. European settlement came in the 1860s, and Coquitlam began as a place-in-between, with an early history of settlement and agriculture and slow but steady growth. A flourishing logging industry developed on Burke Mountain and a growing community soon followed. Among the homesteads, a general store, barbershop, post office, and pool hall thrived, doubling as social hubs for neighbours. Progress spurred the advent of logging throughout the first half of the 20th Century, driven by increased railway access in the 1920s. Burke Mountain was also briefly home to a ski resort and lodge for two winter seasons.

Today, with reverence for environmental sensitivities, Burke Mountain’s open spaces and natural beauty have endured. The City of Coquitlam’s Master Planned community will bring the future new build full circle: a return to engaging commercial amenities and the verve of gathering places fuelled by community camaraderie. This storied spot will become a destination as the new urban beating heart of North East Coquitlam: Burke Mountain Village, a rare coming together of homes, pedestrian-friendly community and unspoiled nature—amplified by fresh mountain air and soaring views.

A special thanks to long-time Burke Mountain resident and historian Lyle Litzenberger who has contributed to the creation of the timeline below. Lyle’s book, Burke and Widgeon – A History (Volume 1) chronicles the historic beginnings of Northeast Coquitlam’s Burke Mountain and, beyond its slopes, the Widgeon Valley.

From the pioneers to the neighbourhood plans, follow the timeline to uncover the deep roots of Burke Mountain—a strong connectivity with the land and the area’s possibilities—where the past meets the present.

“Mt. Burke”, the relatively low, geographic feature near the southern base of Burke Mountain was formally named by Capt. George Richards in honour of Edmund Burke. 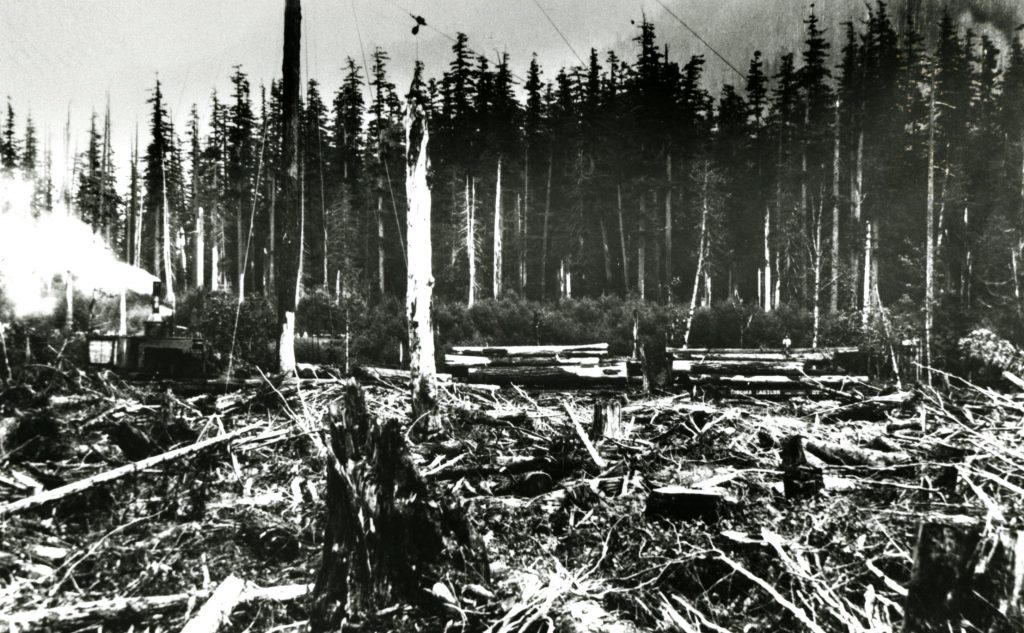 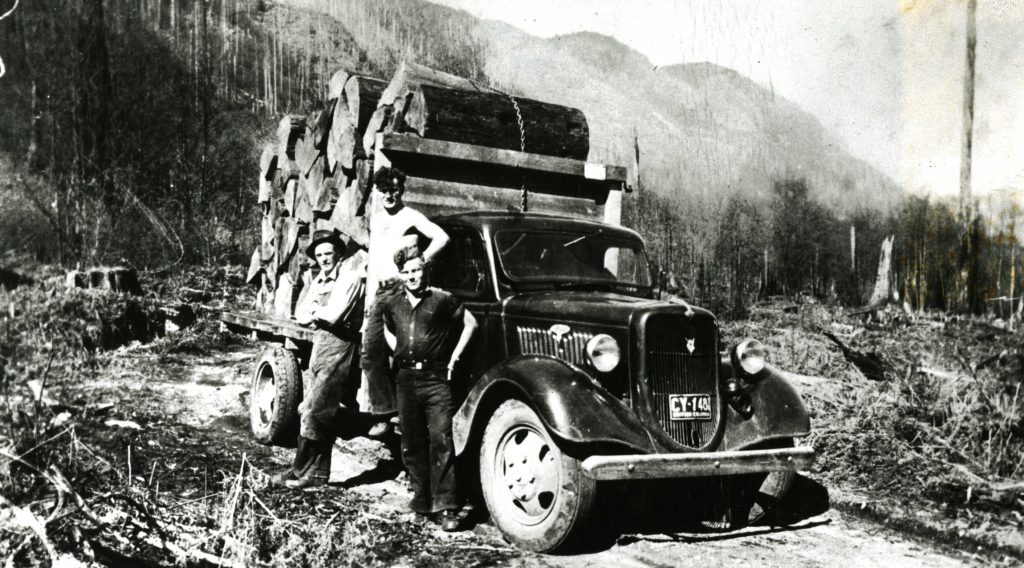 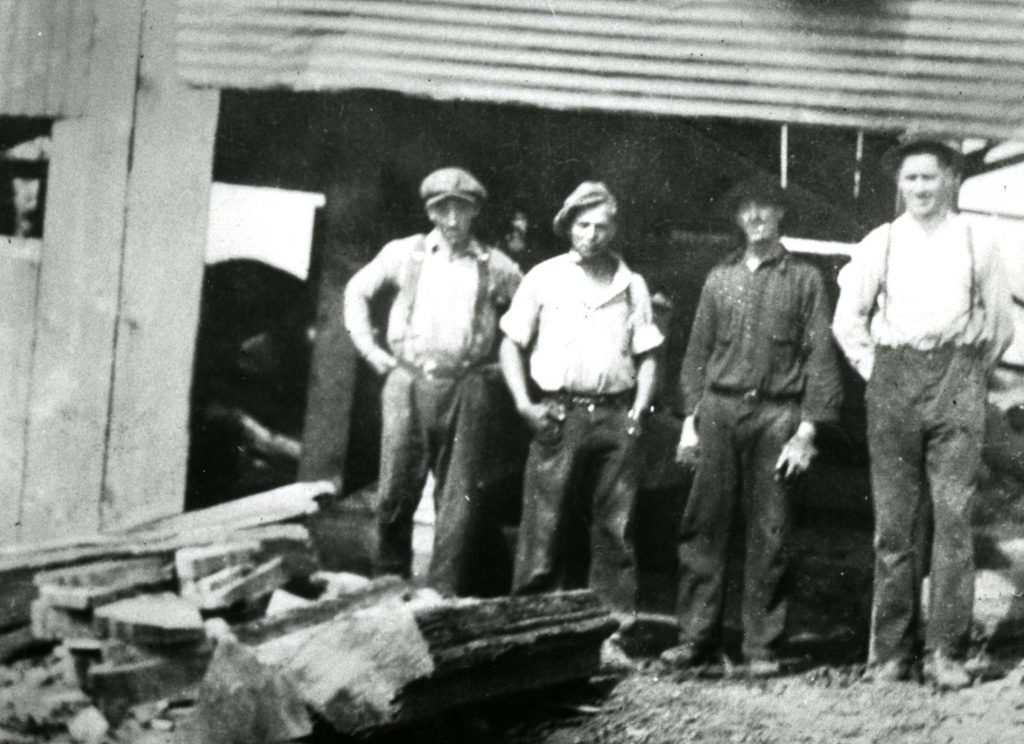 A flourishing logging industry developed on Burke Mountain led by McNair and by Smith-Dollar.

Homesteads were established on the logged portions of Burke Mountain’s southwest slope near Coast Meridian Road. 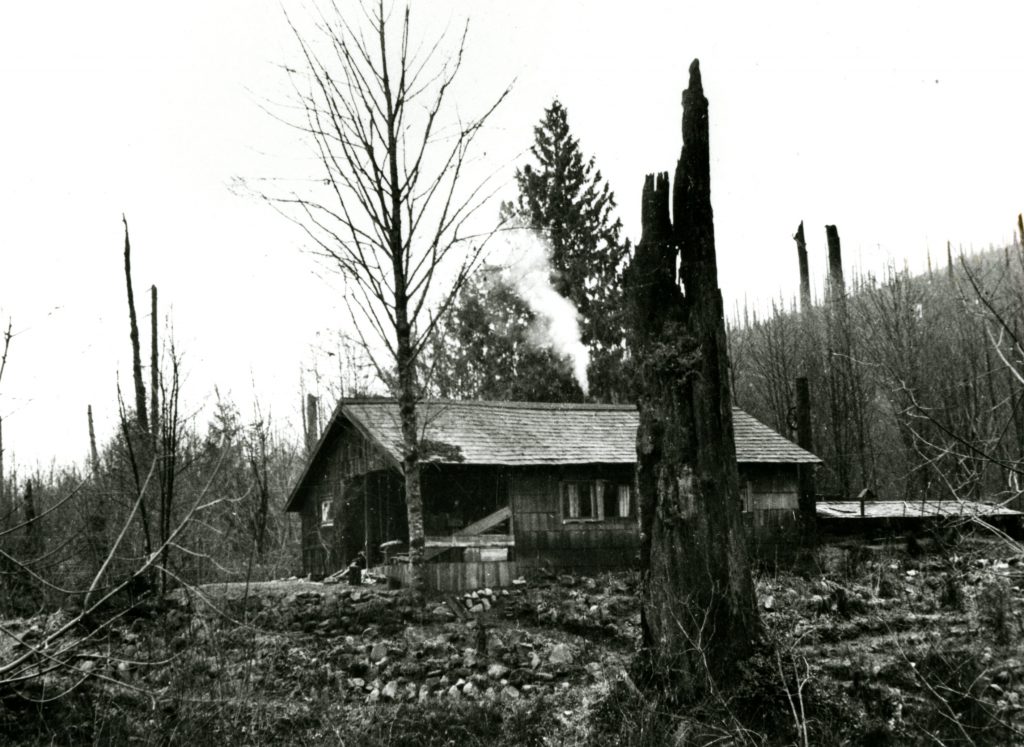 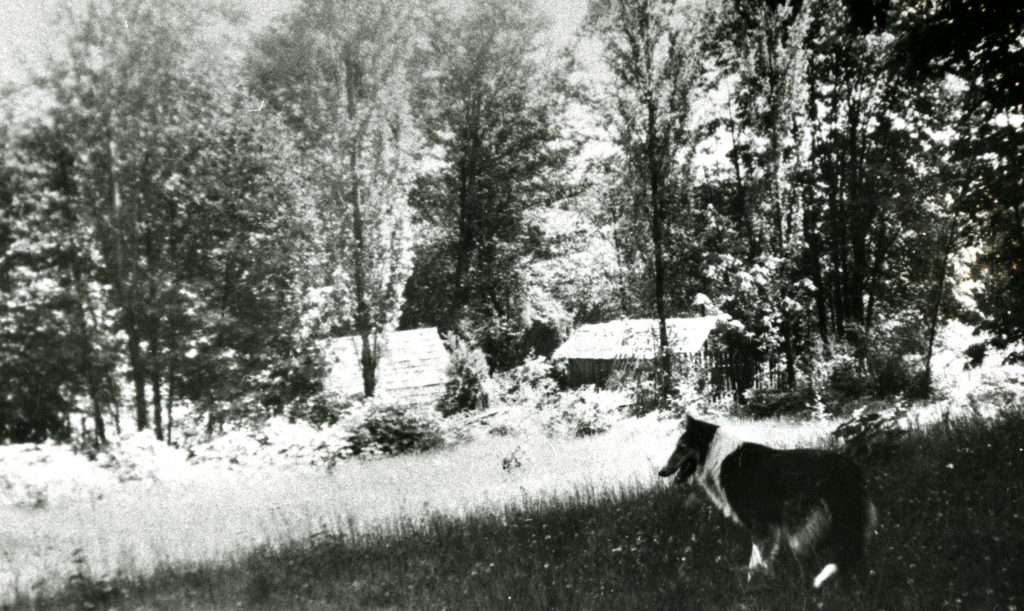 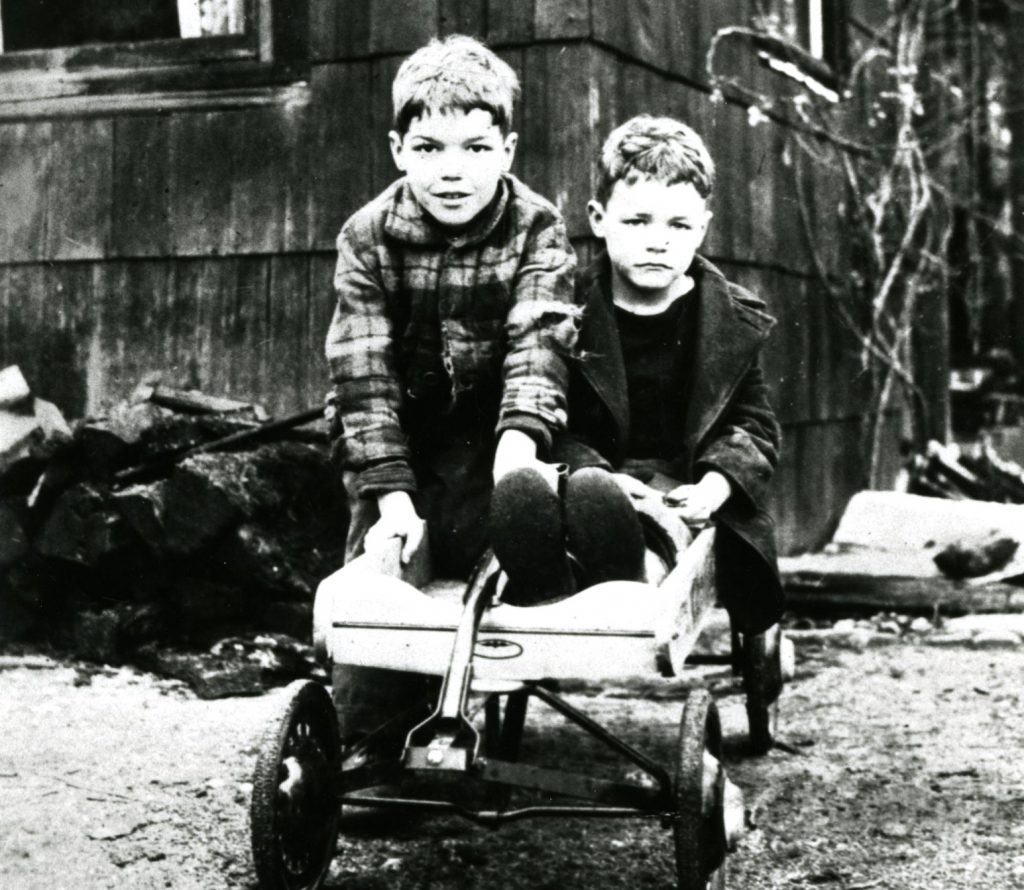 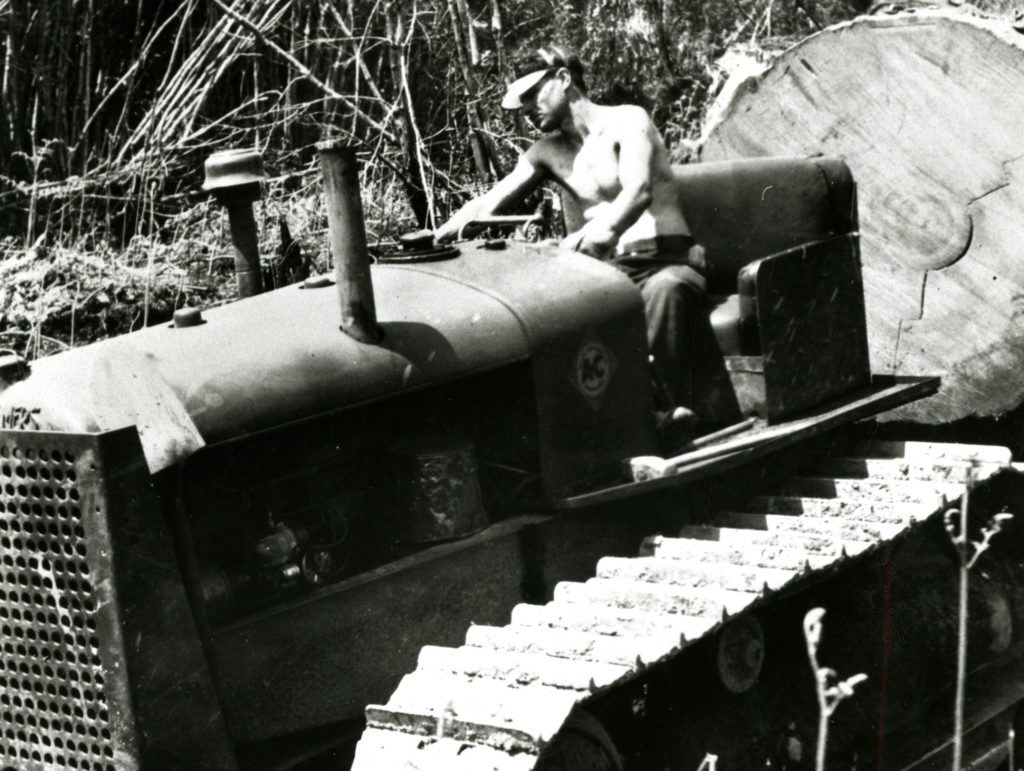 The official opening of Victoria Drive School, situated near Victoria Drive and Soball Street. It became the permanent replacement for East Coquitlam School (destroyed by the 1914 fire). 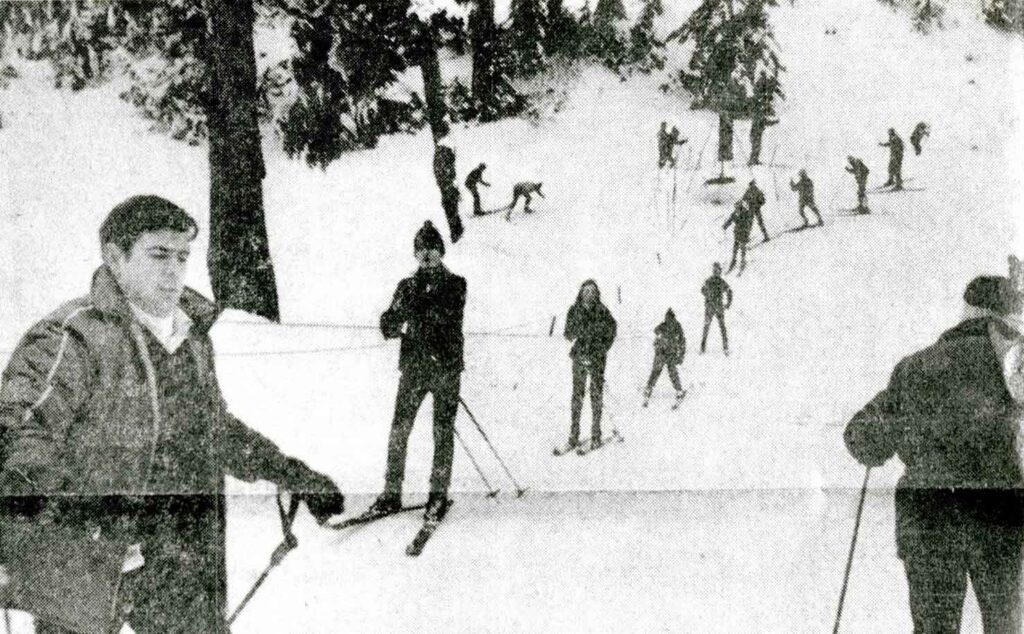 Establishment of the Burke Mountain Ski Resort and lodge. The lodge celebrated its gala opening on New Years’ Eve, 1967-1968. The lodge struggled financially before ceasing operations and eventually burning down.

Efforts to preserve Burke Mountain culminated in the establishment of Pinecone- Burke Provincial Park. The drive to establish Burke Mountain as a recreational destination led to the preservation of the mountain’s northern slopes as a park. 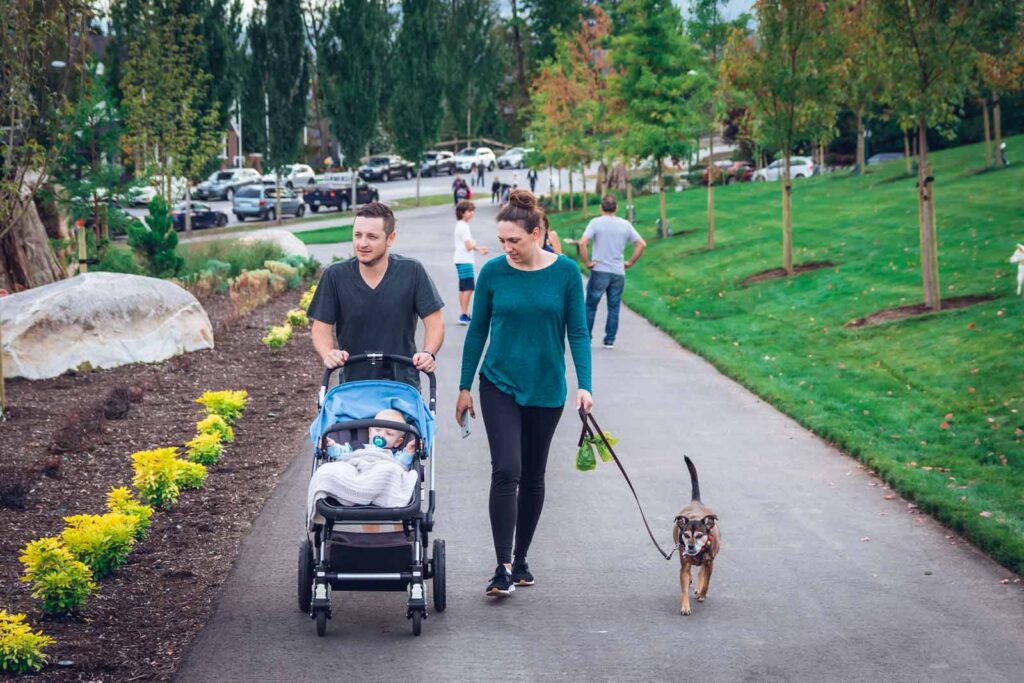 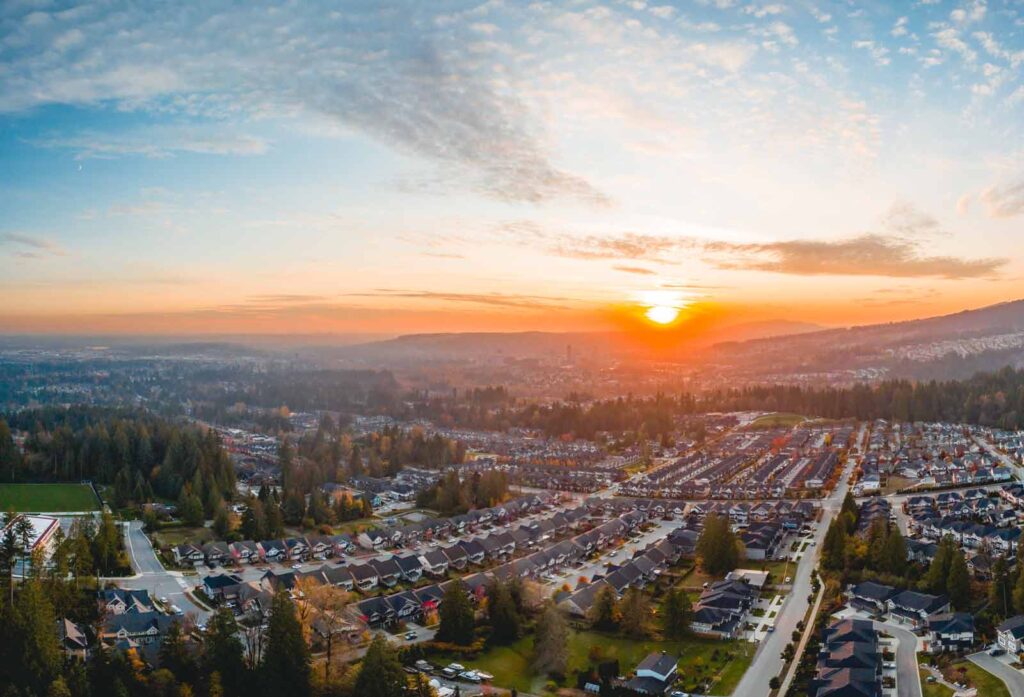 While the slopes were a former source of labour and leisure for lumberjacks, and anyone who wanted to deepen their adventurous spirit, today you’ll find an equally curious cohort of thrill seekers and soft adventure explorers looking to blaze their own trail. Learn more about the outdoor wonders that Burke Mountain has to offer.